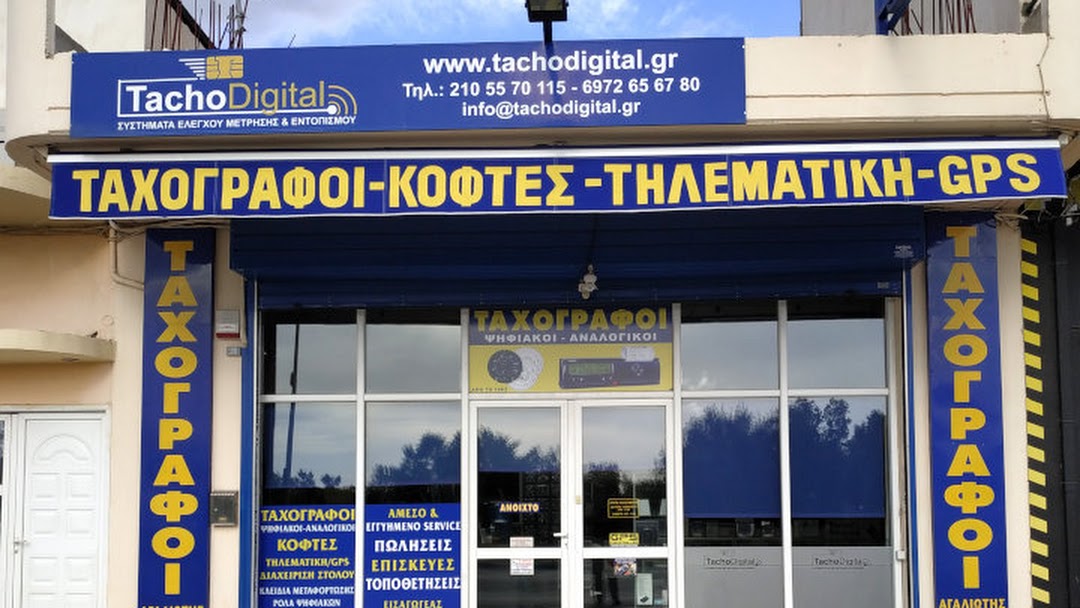 In 1962 Panagiotis Agaliotis began working as an instruments technician at AXON sa, a company representing Kienzle products in Greece. After 8 years in 1970, he resigned his position and started his own tachograph workshop in Athens, at Drakondos street, across the intercity buss station (KTEL) at Kifisos area.

In the years following the business of the workshop under the distinctive title “Tachoservice”, flourishes, builds a good name and a devoted client list. In 1989 Alexios, the son of Panagiotis Agaliotis joins him. Together they open a branch workshop in Aspropyrgos in 2002. Father and son work concurrently in the two workshops until 2008 when the whole business is moved to Aspropyrgos.

After the retirement of his father in 2011, Alexios Agaliotis takes charge of the business. In 2014 the workshop in Aspropyrgos is renovated and functions under the new distinctive title “TachoDigital – Control Measuring & Tracking Systems”.

In 2020, as the business continues to grow, it changes legal form and TACHODIGITAL E.E. is created.

Our company has gained remarkable experience in the field of the Tachograph business, having followed all developments from the first mechanical models, until the latest technology, digital and Smart tachographs. The same level of expertise applies to Speed Limiters.

Evolving technologies brought forth new products and functionalities for the truckers, motorists and companies with vehicle fleets. Following these developments, TachoDigital offers a variety of products and services such as telematics, GPS Navigators, Fleet Management solutions etc. In conjunction with our over the years, rich experience in the tachograph field, our company can cover a wide range of our customers needs.